Yes, it appears that the training was worth it as Hendersons managed to compete in the Great Glen Challenge for the first time and finished 11th out of the 26 teams competing. The challenges certainly ended up being more arduous than we had been led to believe, and there were certainly more hills than anyone had ever indicated, but the team spirit held strong and pulled us through to the finish line. Susan excelled her own expectations and came in over half an hour quicker than the goal she had set herself - finishing an excellent 11th in the field. Stewart showed that we had picked well with our last minute substitute and finished a fantastic 10th. Alex was an absolute star and astounded us all by running into fourth place - so fast that we were not ready with the camera! Mary- well, she managed to finish well ahead of her anticipated time despite the unexpected hills and extended length being 20k instead of the quoted 18k - however, even her best was not quite up to scratch and finished well behind that of the youngsters competing! The couple of points she got for the team did count though in getting the team into 11th place overall.

When asked if they would do it again, Susan seemed quite up for it, as did Mary but caveated that she would be the team support next year and that Eddie could do the walk!

The RSABI Great Glen Challenge raises money to help people struggling to cope in Scottish agriculture. This has now become an annual event, and for the first time Hendersons had put a team forward to participate this year. Unfortunately, injury in the training room meant that we had to pull in a couple of substitutes just weeks before the event. The challenge covered 4 events - Cycling 46k which wasdone by Susan, Kayaking 6k then time trial done by late substitute Stewart, Walking 18k "attempted" by Mary, and last but not least, Alex who had jumped in at the last moment to run the 17k stage. Eddie Henderson had the very important and arduous task of being the designated driver ensuring we were all delivered to the start lines at the correct times and picked up (some of us quite literally) when we finished our respective stages. The event will took place on Friday 31st August. We would like to take this opportunity to thank all of those who kindly donated - especially before the event when even we doubted whether we would be able to complete the challenges! 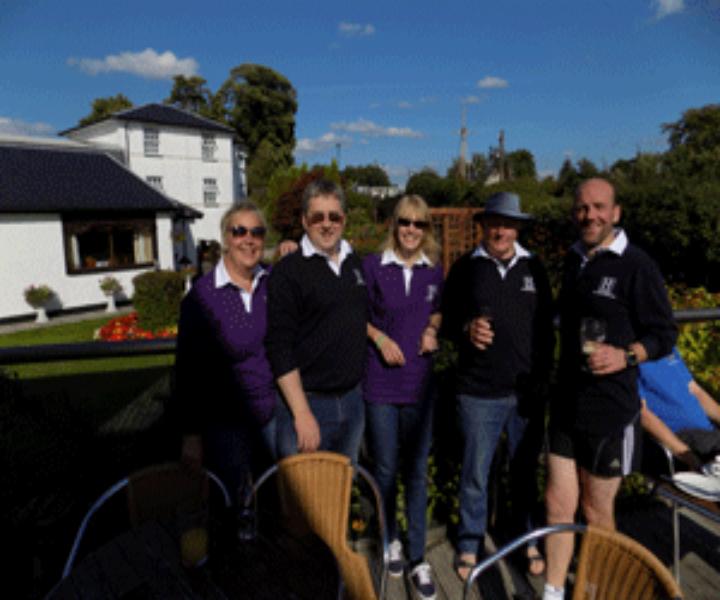